A Conversation With the U.S. Surgeon General 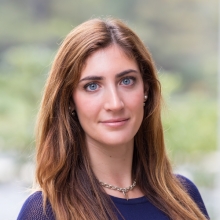 I was excited to hear Vice Admiral Vivek Murthy, M.D., M.B.A., Surgeon General of the United States, speak as part of the Truth Initiative’s Warner Series. Other IQ Solutions employees—Rinal Patel, Lu Xing, Pat Enright Kaplan, and Jackie Nedell—shared my enthusiasm and joined me at the Newseum in downtown Washington on February 25, along with area students and others, as Dr. Murthy challenged youth to drive smoking rates down to zero. 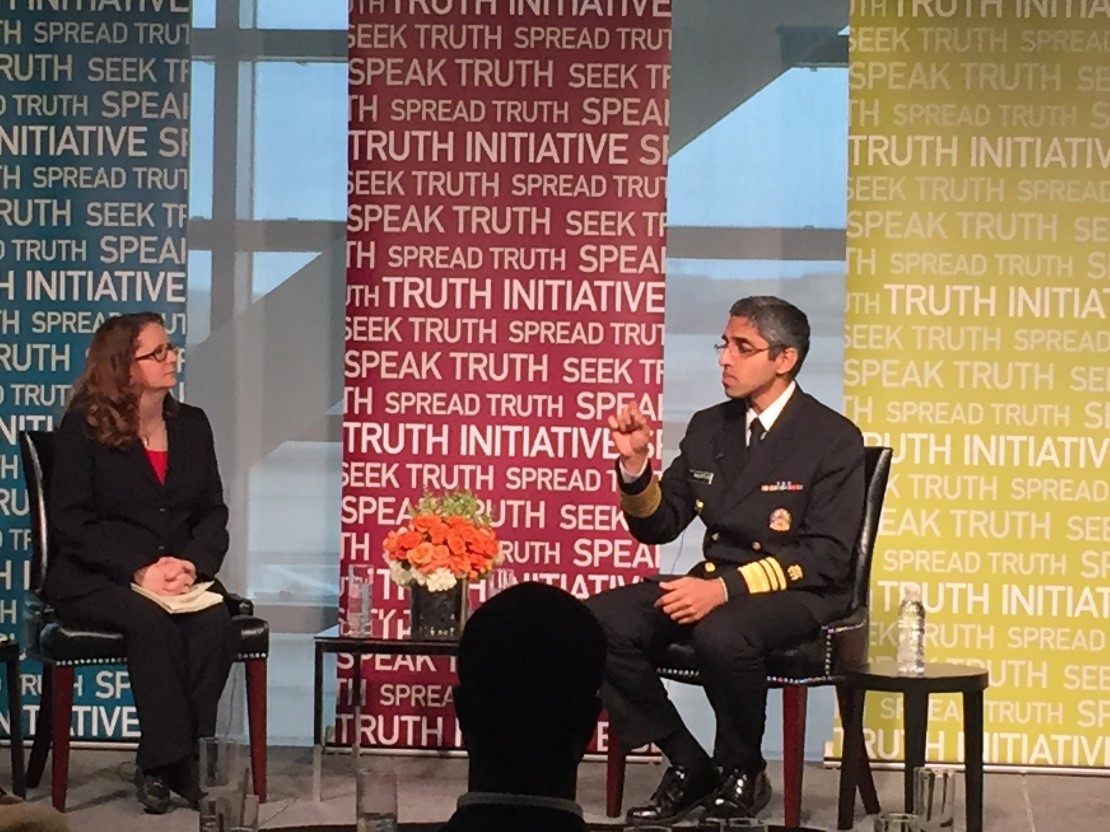 USA Today medical reporter Liz Szabo moderated the wide-ranging discussion. To begin, Dr. Murthy highlighted the tremendous progress the United States has made in public health, specifically regarding vaccines. Although some controversy surrounds vaccines, most U.S. families vaccinate their children—“one of the greatest accomplishments of our time,” he acknowledged—which helps reduce the rate of deaths due to diseases worldwide.

In addition, Dr. Murthy addressed the fight to end tobacco use, particularly among youth. Despite the progress in reducing cigarette smoking in the past few decades, the United States will lose an estimated 500,000 lives this year due to smoking-related diseases. Dr. Murthy emphasized that it is vital to ensure that youths are a consistent and powerful force to educate their peers and others about health.

As a senior digital public health research associate working on a contract with the Food and Drug Administration’s Center for Tobacco Products, I was particularly interested in what Dr. Murthy had to say regarding tobacco use. Although smoking rates are at a historic low, he explained, use of e‑cigarettes and hookah is increasing. Dr. Murthy noted that e-cigarettes are now the most commonly used tobacco-related substance, followed by hookah, followed by traditional cigarettes, and he emphasized the need to address the new threat of e-cigarettes and hookah via education, science, and public policy. He stated that in 2014 the FDA proposed a rule to regulate a broader series of tobacco-related substances, including e-cigarettes, and that the agency is currently working hard to regulate e-cigarettes to protect youth from harm. Dr. Murthy cited findings from studies that show e-cigarette vapor is not harmless and contains nicotine and other substances that are not known, because they are not regulated. He further clarified the misperception that hookah is less harmful: hookah smoke contains carbon monoxide and other chemicals associated with cancer. A statistic I found frightening is that a 1‑hour hookah session is equivalent to smoking about 20 cigarettes. I found this especially poignant due to the fact that youth often smoke hookah socially for hours, not recognizing the danger. Dr. Murthy pointed out that although smoking was everywhere years ago, it still wasn’t safe; similarly, although hookah bars seem prevalent today, they still are not safe. This notion will stick with me because it resonates with something my mother always told me, “If everyone jumped off a bridge, would you do it, too?” The answer, of course, is no. It’s important for youth to recognize that although something seems like the “in” thing to do, it doesn’t mean it’s the smart or safe thing to do.

Final Thoughts From the Conversation

Dr. Murthy also spoke about the importance of recess for children, mental health awareness, and destigmatizing mental health, all topics very close to my heart as well, given my background in psychology and behavioral health. He finished his conversation by urging us to create a culture of health and prevention and to value preventing illness before it occurs. This platform can be applied to all forms of health, such as eating healthier and exercising more to prevent obesity, instead of focusing on dieting or surgeries once overweight or obesity becomes a problem. It also can be applied to mental health and maintaining healthy relationships and exercising to help prevent isolation and depression, if possible. Overall, I found his talk enlightening. I think his platform of encouraging young people to be leaders and to create the necessary change is important because today’s youth are the future of the country, and it is necessary to teach them that they have the power to be leaders and to stand up for what is right in the present, instead of having to wait until they are older. I look forward to seeing more of what Dr. Murthy accomplishes.