A Healthy Step: My Experience with the Apple Watch vs. FitBit Charge 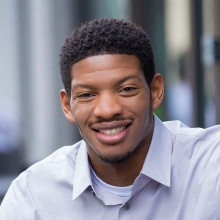 I was given the opportunity to try out the Apple Watch for 2 weeks. I was excited to explore the new device and find out what it can do. Since I also owned a FitBit Charge, I thought this would be a great opportunity to pit the two devices against each other!

Setting up the Apple Watch was a simple process of syncing the watch to the phone using the phone’s Watch app. The Fitbit Charge setup involved downloading their app, creating an account, and performing a similar syncing procedure. Both devices were fairly easy to set up.
Having an Apple Watch on my wrist made more of a social statement then having a FitBit. “While wearing both devices, a random person complimented the Apple Watch and said nothing about the Fitbit Charge.” 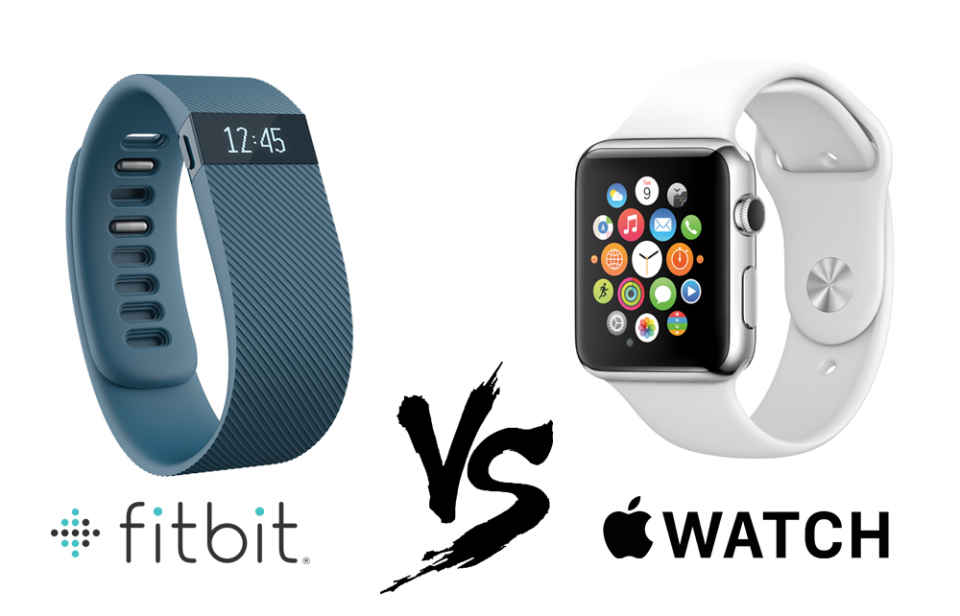 The FitBit Charge has a simple and easy-to-use user interface (UI). The one-button input and scrolling carousel interface allowed me to quickly move through my information. It was easy to understand and use. This is in contrast to the Apple Watch, whose simplicity was lost in a cluttered UI. Apple adopted a honeycombed style UI. It allows the user to see all the apps on the watch at once, but that is counterintuitive to the purpose of the watch. I spent more time trying to find the fitness app in the honeycombed sheet of icons than I spent in the fitness app itself.

The Apple Watch provides a number of different health features right out of the box, including a heart rate monitor which the FitBit Charge does not have (comes included in the FitBit Charge HR). One feature I found interesting in the watch was a tracker that alerted you to stand up for a certain period of time every hour. All of the features on the watch require the user to “start” them, in comparison to the FitBit Charge where it’s always on. The FitBit Charge’s always-on feature is one of best parts about the device. While working out, I would forget I have to “start” the app on the Apple Watch and would get midway in my workout before remembering to turn it on. The most important feature of the FitBit (to me, at least in my experience) is the step tracker. Having fitness goals and challenges that are intertwined with my steps changed my perception on working out. Added to this is the fact that it’s always tracking your steps from the moment you put it on in the morning.

Due to the simple interface of the FitBit Charge, it lasted me about 2–3 days before I needed to think about charging it. The Apple Watch served me close to 1 day before it died—that was from low-to-moderate use of the watch throughout the day.

“The Apple Watch is a great “statement piece” device with some health features. But the battery life and lack of an “always-on” fitness mode puts the watch in second place (in a race of two).” Even though the FitBit Charge lacks the number of features the Apple Watch has, the fact that it’s always working means, the device even tracked one time when I had to run from my friend who was trying to throw water on me.

Note: I think with more time using the device and tweaking the setup of the Apple Watch, it may be possible for it to get more parity with the FitBit Charge. It will be very interesting to see how a second-generation Apple Watch compares to the latest Fitbit.

Very helpful assessment. It made me wonder about a price comparison.
Permalink