These powerful words, the federal theme of this year’s World AIDS Day, underscore the dedication that continues to drive the quest for an AIDS-free generation through prevention, care, and cure. For 28 years, December 1 has been set aside as a day to commemorate the lives lost to HIV and AIDS, to honor those committed to the fight against HIV, and to increase awareness and understanding of the evolving fields of HIV prevention, treatment, care, cure, and advocacy. Most importantly, it is a day to reflect on the continued stigmatization that shadows those living with and affected by HIV, and to remind us all of the countless challenges facing those who soldier on in their own private and public battles. 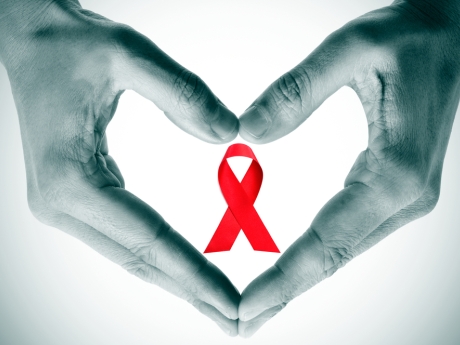 More than three decades into the epidemic, we have never seen more effective treatments, nor more promising approaches to prevention, including the widespread adoption of pre-exposure prophylaxis (PrEP). Moreover, we continue to see more people learning their HIV status, accessing treatment, and attaining full viral suppression, which we know reduces the community risk of HIV transmission and infection.

But in a time of diminishing resources and funding, shifting political forces, and HIV fatigue among those long dedicated to the fight, the challenges to achieving an AIDS-free generation may never have been so great. By the end of 2015, globally there were approximately 36.7 million people living with HIV, 2.1 million new cases of HIV, and 1.1 million AIDS-related deaths. However, advances in effective treatment have decreased the number of deaths attributed to HIV and increased the life expectancies of those living with HIV.

Of particular note, the turn of the century saw less than 1 million of the people living with HIV on ART (antiretroviral therapy) regimens, but currently, more than 17 million are on these life-saving treatments. This marks a significant success in both treatment and prevention. In addition, the Centers for Disease Control and Prevention continues to evolve new and more effective biobehavioral approaches to prevention, such as using antiviral medications to prevent new infections, either before or after high-risk exposures, a powerful addition to the prevention arsenal of condoms and abstinence. Access to syringe exchange services also continues to have a profound effect on preventing new infections among injection drug users. Finally, research for a cure, driven by initiatives at the National Institute of Allergy and Infectious Disease and the National Cancer Institute, are making dramatic strides forward through such innovative modes as gene therapy, vaccine development, and viral eradication in reservoir organs.

The challenges now before us are to nurture and grow daring and innovative leadership at all levels of care, prevention, research, and policy, driven by a collective commitment to continue the fight against HIV despite the rise of political and social hurdles, in order to powerfully IMPACT those communities most heavily impacted now by HIV in America—people of color, youth, and men who have sex with men. Only through this tripartite approach can we hope to see an AIDS-free generation in our lifetime.

For more information on HIV and how you can commit to the fight, visit the World AIDS Day website, a special service of AIDS.gov.